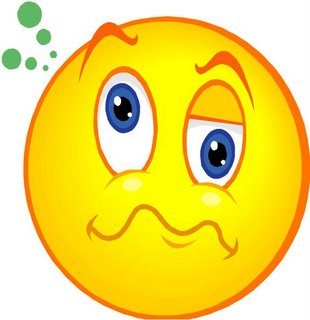 First of all, credit to Cracked.com for all commentary I am about to quote from them. I'm a big fan of Cracked, so this is not a hate blog. Cracked has a solid reputation for putting real facts in their comedic writing. They have a knack for showing us how absurd the world really is when it comes right down to it. So, when I saw they had an article on some of the truths about guns, I had to read it. With issues of gun control in media hysterics, it's a perfect fit to the times.

5 Mind Blowing Facts Nobody Told You About Guns

That's so you can read the whole article at your leisure. And you should.

There's another fit to the times that I'm not sure they fully noted when they wrote the section I'm going to share with you today. I was reading through the section on mass shootings when one sentence brought the entire flow of the article to a screeching halt in my head. I literally had to stop reading right there and re-read the sentence again. Then I read it again. And I read it again. Then I re-read the whole paragraph. Then I finished reading the section and re-read the last two paragraphs. I actually had a hard time reading the rest of the article because I was so flummoxed in how this sentence read.

NOTE: I don't think this is what Cracked actually thinks of people with autism. My reading constipation comes from how the sentence makes its impact. The way it comes across leaves you wondering what they mean by the comment. It stands alone and its direction is unclear. If you, like many in the autism community, have been outraged by the idea that autism made Adam Lanza go on a killing spree; you'll understand why it could be such a raw nerve. That's why I think some expansion should go into the article on that.

So before I go any further, this is what I would like from you, dear reader. I would like to know how the content reads to you.  Here it is in it's full paragraph form:

"Let's play criminal profiler for a minute. Describe the next school shooter. We know he's out there; the stats prove that. We know he's a he. But we know more than that, right? If you pay attention to the news, this shouldn't be very difficult: These guys are all nerdy or autistic loners who get bullied at school and play violent video games at night until they can't tell the difference and finally lash out. The Columbine shooters are the poster boys: goth outsiders who even made a Doom mod to simulate the shooting. These kids get picked on and can't defend themselves, and they see guns as the only way to get even."

Now, the context is hard to grab until you get clear to the next paragraph where they share facts about the Columbine shooters you probably never knew. But nothing more is said to say that none of them were autistic. That comment floats unresolved forever. However, they do state there is "no typical school shooter profile", but you know how we like clarity and resolution. Check the next paragraph:

"Except it turns out that the Columbine shooters, Eric Harris and Dylan Klebold, weren't bullied and weren't "goth" loners. In fact, they boasted about bullying the "fags" in school themselves. They didn't target bullies or "jocks" who wronged them (the bombs were supposed to kill everyone, including their friends). It turns out that Eric Harris was simply a psychopath -- an intelligent, charming mass murderer like you've seen in a dozen bad serial killer movies. Dylan Klebold was just a depressed kid who went along with it -- so even the two people involved in the same shooting had totally different reasons for doing it."

So, while it specifies that these guys weren't bullied and thus resolves the idea of bullying as a cause, it doesn't do that for the mention of autism; one of the hottest nerves in the community today.

Let me repeat myself, that I don't feel it was their intention to slam autism in any way. I don't want people to plague the site with ugly comments (they get plenty of that and are quite used to it).  I want to know if I'm alone in how this hit me. How does it connect to you?  I do strongly recommend that you read the whole section to get a full feel for it before making any decision. In fact, I beg that you do so.

My autistic view of equality in marriage 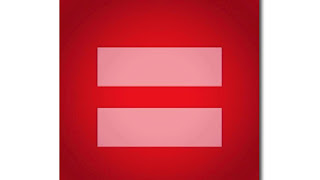 Maybe that's all this is; my autistic view. Maybe it's just a rant. I've had my attempts at autism education viewed as rants before; not that it stopped me. Maybe there's a hundred ways to diminish what I'm about to say, to dismiss it, belittle it. Maybe this is a bad time for me to take a stand on what I see, but I've seen too much.

There's this red equal sign for marriage equality exploding across the internet right now. I've decided I finally have something to say about this. It's like this:

We need to stop putting our hatred into things like this and turn to actual and real problems.

I'm sure I just ticked off a lot of people by saying that, but you know what... it's true and I have the comparisons to prove it.

Are you worried about your children seeing gay couples who are married? How is that any different from just being a gay couple? It's really not. They were gay before they got married and will be afterward. If you are that worried about what your kids see out in the big bad world I have a novel idea for you: EDUCATE THEM. I know, Heaven forbid we actually talk to our kids.  Apparently it's a better idea to form picket lines at funerals of gay soldiers who died for your right to congregate on the matter in the first place.

Well, before you tell me the evils of being gay I want to know something. What do you think of prostitution, drugs, gangs, drunk driving, murder, national job loss, failing educational systems, and freaking starvation in our own streets?  Maybe I'm on another planet, but it seems to me (by raw statistics) that any of those does far more damage; destroys thousands more families, and (some) even kill thousands of kids every year. Just one of those examples causes way more destruction, financial damage, and heartache than all the gay couples of our nation put together.

Oh wait, maybe it's a religious issue. Well, besides the obvious issue of separation of church and state I'd like to ask you about The Ten Commandments. You know, the ten rules set by God that we are to follow at all costs? Again, I'll point you to my bolded question above to compare which issues are actually worse.

How about the Seven Deadly Sins? You know; LUST, GLUTTONY, GREED, SLOTH, ENVY, PRIDE, and WRATH?  Where in those is there anything remotely attributed to being gay? None. Zero. Zip. Oh sure you can tell me it's an unnatural thing and a "lust" of some form; but I'll trump that with prostitution that destroys families and involves gangs, drugs, guns and murder.

Better yet, if you want a real problem in the sanctity of marriage, why don't you try tackling the national DIVORCE RATE? You know, the one thing that breaks 50% of all marriages today. You know, where some of these same people stand in a church and swear an oath to each over before the Eyes of God?  You know, only to break those oaths within two years? If you really want to "preserve the sanctity of marriage" it seems to me that would be a better place to start.

So gay people want the right to get married. What does it say about us, that we will take up picket signs and congregate is mass groups in offense at this when there are 15 far deadlier snakes in our own back yards waiting to strike us? What do you think might happen if we put that much energy into just one of those other problems? I find it mind boggling.
Posted by David Wilde at 1:31 PM No comments: