Why changing the official date of Halloween is senseless and selfish 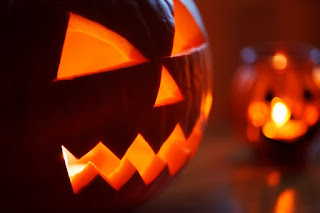 There is a petition at Change.org with 100,000 signatures to change the date of Halloween to the last Saturday of October instead of it's current traditional date. I've done some digging and looking and more looking and the more I do that, the more I come to this conclusion. It's senseless and caters to a minority of people who want the holiday to be convenient just for them. Now I have several reasons for my position on this and I am going point out not only why this should fail, but must.  First let's take a look at the arguments in favor.

"It will be safer": The petition claims that having the holiday only on Saturday will make the holiday safer but that's certainly not true nor supported by any form of statistics.  The very first claim on their list is that there are 3800 injuries related to Halloween each year. Well, since Halloween does land on a Saturday every seven years (yep, every seven years as it cycles through the weekdays) there is no evidence that the day of the week makes any difference in those injuries. But then there's THIS. That's right, a study that says Saturday is actually the second most dangerous day of the week overall. So good luck.  But it get's worse.

"People don't follow safety rules": The next four points they make on their list is about how people don't follow safety guidelines like carrying flashlights, having reflective material or being in a group or with parents. I don't know about you, but it seems to me there is no magic in any day of the week that will make people suddenly conform to safety guidelines they've been ignoring for years anyway. The day of the week has nothing to do with  this.

"It will make millenials happier": I'm sorry but what? Go look at the link highlighted above. It literally suggests that we should change the date to make one generation of people happy about it. But how many millenials were even asked? Were there any studies to this?

Some comments suggest that people have to work so it's inconvenient to them and they prefer Saturday so they have a day off. Well that's pretty selfish. Currently 29% of Americans work the weekends. Just google it. That's nearly a third of the country and a helluva lot more than 100,000 people.  Now that's just one reason this needs to fail, it doesn't take that near third of the nation into consideration or give them any voice in the matter.

The number one reason this needs to fail is that it's a slap in the face to freedom of religion. See THIS. That's right, it's a religious holiday to well over another 100,000 people. Wicca for example is accepted as a religion in the United States and given rights in freedom of religion. Currently that accounts for 1.5 million people. So you want to spit in the face of 1.5 million people? Okay. Good luck with that.

And then what's next? What are we really changing? What holiday do we cater next? If 100,000 athiests sign a petition to eliminate Christmas, will that be okay? Or maybe we put it on only the last Saturday of each month to make corporations happier? I bet it would. What about the 4th of July? How about Thanksgiving? That's always on a Thursday. Doesn't that make it inconvenient for someone?

Now here's the counter suggestion. If you want something different in your community, talk to your community. Arrange your own safe Halloween event. Plenty of places already do their Halloween on a specific date without stomping on people's religion or traditional practices. Stop trying to shove what you want down everyone else's throats.
Posted by David Wilde at 9:20 AM 2 comments: