Chris Cox Rox on Multiple Sclerosis and YOU can help! 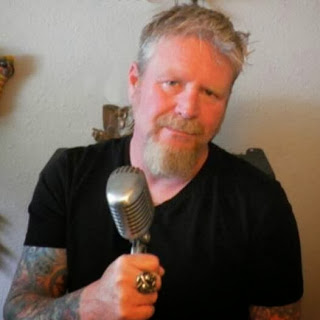 I was just about to go and work on an art piece I have scheduled when I saw that an online friend needs a hand. This isn't just any online friend by the way. This is Chris Cox.

What? You want to know who that is? He's the lead singer of Mudd Farm, but that's not all. Oh, you think this is just some Youtube band going for glory? You're wrong there, buddy. He's done been there and back again. He's been rocking the stage since before 1993.


He was even on MTV!

So he's not some wannabe or just some ranter online. He's the real deal. And he's gotten the moral support of people every bit as real if not moreso... 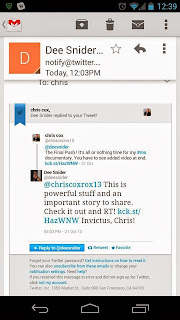 Yeah, Dee Snyder as in Twisted Sister fame from the 80's. Don't tell me you don't know who that is! Oh fine;

If that's still not enough to convince you, check out his page where he has tons of supporters doing this: 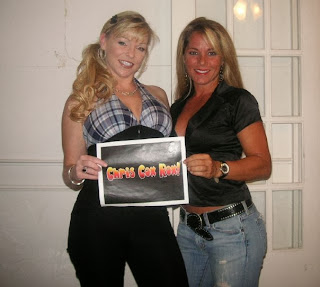 
So what does Chris have to do with MS? Well, in 2006 he was diagnosed with this nerve eating disease. I know how he feels because I have it too. Since then, well, check THIS.

Chris wants to make a documentary about living with MS to educate others. He's currently running a Kickstarter campaign to raise the needed funding. Now I just wish I had the capital to help him out like deserved, but I don't. So I'm doing this. You may further as why I'm kickin this blog article off the way I am. Well let me tell you about something else, something I stand against.

Seems like some people on Facebook still have twitchy spam fingers. Rather than drop someone from their page and just walk away, they have to call down the FB Police to have his freedom of speech messed with. So I'm posting this because I want you to see that Chris Cox is totally for real.

He could be doing a lot worse than something as positive as this. He's doing something right and I'm standing up for it right here and now. YOU can help. Tell people about his rocking Kickstarter campaign or toss a few bucks in yourself. You'll be supporting an education that really does ROCK.

Living with MS is no picnic and way too many people don't understand. They prove they're lack of understanding by telling us to go be mushroom people, sitting in the corner, sucking up our benefits; just to get out of their way. They prove this by then saying, "Hey you don't LOOK sick"! The misjudgment and stigma are hurtful and degrading. It's time for it to stop. Here's another tidbit for those of you who just want people like Chris and me to shut up; by today's statistics you have a whopping 50% chance of being just as disabled as me by my age. I'm 43 as I write this, so good luck to you.

And it's not just MS that we need to show some respect to, there's more that wind up leading to Parkinson's, Alzheimer's, and then there's Autism, and way more. The numbers are growing, and it's time to start caring.

So rock with Chris Cox and be a hero. Help spread the word. It's not spam, it's a worthwhile project and way better than just sitting around waiting to die. What would you do? Never give up, people, never give up. Now come on and let's get the word around.
Posted by David Wilde at 12:27 PM No comments: