This morning, the car needed gas. The poor thing had to be running on fumes as I took my wife to work. Unfortunately, as so often happens, my mind drifted off elsewhere and I drove right on by the gas station. I got all the way to her work and she handed me her bank card.

Then it struck me what happened. I know what you're thinking; "Hey man, that happens all the time. It's normal."

Well I have two things to say to that:

1: It doesn't feel normal to me.
2: I could understand this and research shows it's normal to a point.

I hate it when my brain does its drift away thing. It can make it very hard to get where I'm going and finish what I'm doing. It makes me space off important things like current tasks, making dinner, making important phone calls and more.

I've taken the trash out to the can outside and wound up staring at the trash container, wondering why I was there. It may be normal at a certain point, but in my case, I find it terrifying. In any case, my next MRI will be of full spinal and brain so we can try to get a further look at what's going on. So far, concussion causes permanent brain damage cannot be ruled out and is highly likely. Even so, it wouldn't cause me to progressively get worse, so my doctors are concerned on that point.

Finally on me, for a long time there wasn't much of pain involved, but now there is. It's in my calves, knees, elbows, neck and back. The other night, my wife was rubbing the back of my hand gently with her fingers and I was surprised to find that this actually hurt. It felt like my hand was severely bruised, but nothing showed. Now it seems fine. I've experienced the same pain in my scalp on occassion now.

So what about the tics I mention? Well, that brings me to my son who's tics and stims have shifted. They will do that many times as he gets older. All we can do is try to help him work through them and concentrate on what's happening. Some say you can't stop your autistic child from stims or tics, but some have to be addressed. Like forcing a hacking cough that sounds like a cat gagging on a furball. He's developed some new obsessive traits as well that we are trying to help him with.

He's obsessed with the idea that his fingers stink and that he's stepped in something with his shoes. He stepped on a giant slug the other day that kind of sealed the deal for his feelings. Now he does strange tip-toed walks around the back yard that worry us. Maybe I need to step in something gross and handle it like it's no problem just to show him? We really aren't sure. I try to reassure him that something on the bottom of his shoe is why he wears shoes in the first place. I can see it will take consistent application. At times like this I have to remember that he's overcome worse, like being a "poopie picasso". When he was a toddler he would smear feces (it's a texture issue) and nothing tops that, absolutely nothing.

So we carry on and that's all for the update, for now.
Posted by David Wilde at 8:19 AM No comments:

Overcome: Never give up 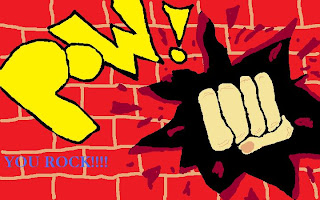 I find myself having to keep this cane of mine closer to me lately. Apparently, my sense of balance and the nerves in my knees conspire to throw me on the ground more often now. I'm trying some new medication for the trembling to steady my hands and help me get more sleep at night, but we still don't  know what this progressing condition is that I have in my collection of "conditions".

I especially want to keep my hands as useful as possible for as long as possible for sake of my current mission. As many of you know know (who follow along), I am growing the project of my fantasy universe, Galaxy Zento as a symbol of many things.

It is a symbol of overcoming, of "doing" in spite of conditions, of functioning with these medical conditions. It is about functioning in spite of Autism, Traumatic Brain Injury, and whatever the other thing is (next MRI will of full spine).  It's about abolishing the stygma and myths that come with all of them as well.

So far, I have written two novels on my project with one under agency consideration as we speak. I have drawn, circulated and donated an anti bullying poster to my son's elementary school. I have drawn and circulated an autism awareness poster with another of my heroes as well. I won honorable mention from Writer's Journal for a short story of one of my characters. I have drawn, inked, and computer colored over 200 illustrations. I've put together about 100 custom miniatures of my characters too. I'm still writing and working on showcases for the GZ blog. And I'm still not stopping. 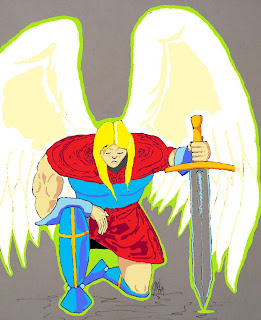 Yes, I walk with a cane (a four pod cane no doubt), yes I am disabled, yes I have to take daily naps because I run out of energy fast...... but I'm still ticking.  I'm still going and I don't intend to stop.

Galaxy Zento, is an example and I always want it to shine that way, no matter where it ultimately lands. The fact is, what matters is, that I never give up.

You can do what you want to do or find something new. And I'm not talking about getting a job when you are disabled. I'm talking about, your personal worth. You are worth something. You must never give up.
Posted by David Wilde at 9:34 AM No comments: