Everything wrong with "more guns in schools". 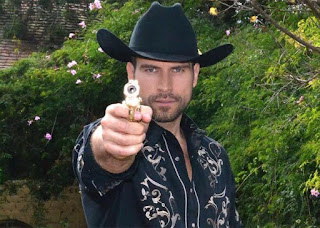 Every time there's a school shooting that hits the front pages of the media, this national social media explosion happens. Gun supporters go nuts and yell, "throw more guns at it" and frankly, that just isn't the answer. Before you jump on my post and start berating me about how guns save lives and I'm just so wrong because I don't think exactly like you, there are couple things you better consider:

1: I am not against your right to own a gun. I don't want to take your guns away. So just don't go there with me.

2: Read everything before you comment anywhere (whether it be my facebook page or right here). If you are going to react or heaven help me, get triggered, you could do that much. But if it looks like all you read was the title and you just want to dismiss every point I make, then don't bother. Knee jerk reactions help even less than the idea that guns solve all problems. They don't.

I've read a lot of ideas about protecting schools too and most people make these suggestions without taking a few important issues into consideration. Things like actual demographics, locations of schools, what kind of neighborhoods the schools are in, and frankly if the school is a troubled one or not. You can't just throw guns in all schools and expect to change things. I am in particularly going to address the idea that we should now arm all teachers. Now the response I keep getting sidesteps my points.

"I'm perfectly okay with a teacher being armed if they want to be."

I'm not talking about "if they want to be". So don't go there. And before you say this isn't an idea that's out there, you should look at this LINK. This teacher seems to think someone expects her to carry a gun. Now why would she think that? And she isn't alone.. LINK.

Really? How does anyone know this? What scale of evidence is there that some random teacher would have shot the hell out of anyone? There are no supportive facts here. It's a knee jerk reaction and a fantasy. It's the land of IF. IF, IF, IF.  It's also the land of ASSUMPTION. Let's just assume any random armed teacher would have stopped the shooter cold. But that isn't what happened. The statement also ignores practically every single detail of how the shooting happened.

Guns do not make people magically pop up in the right place at the right time. Please reread that until it sinks in. If they did there would be no more crime in out country at all. And this is literally the assumption people make when they say, "just put more guns in there".  Guns are not magic talismans so stop acting like they are.

If you aren't willing to foot the bill for what teachers actually need in their classrooms, how can you justify arming them all?  I have literally seen people argue that they are okay with paying taxes to support guns  in schools but not for smaller class sizes or actual educational material. We have schools in poor neighborhoods in need of repairs and services but the response of the taxpayer has been.... "Nuh uh! Not my taxes! I won't pay for that!" But then they turn around and go, "Oh wait? Guns? Yeah I'll pay for guns!" School lunches for kids? Let em starve if they can't pay their own way! But let's put guns in schools, that's a great fix.

Do you understand what arming teachers costs? No? Are you willing to give that teacher a pay raise along with the training needed to carry a gun? No? Are you willing to pay the difference in insurance costs to the schools? There is another class of thought that teacher's should be armed but at their own expense. Well, they are sure used to that since they are expected to do their jobs and buy educational materials at their own expense. To which I call bullshit. If you are going to sit there and say that teachers should be armed, you better damn well be willing to pay for it. Same goes for claiming we should have armed guards in schools, or concertina fences. You want to pay into your taxes for it? No? Then shut up.

It's literally not the teachers job to play security guard! No teacher signs up for their job thinking they get to become paramilitary. That is not their job. I even posted a link above from a teacher who explains the same thing. Teachers are not security guards, or police, or soldiers. They are teachers. In our country we barely pay police enough to carry a gun and God knows we take a massive crap on our veterans when they come home, so lets move on to teachers. If you absolutely must have armed people in any of our schools, you better make sure they are qualified and paid appropriately. Give the job to the proper profession. Would you have an auto mechanic do heart surgery? That's what you're asking teachers to do when you expect them to carry a gun. Amazingly, people still argue with me on this.

Armed security has it's own risks that are ignored.  I've mentioned the insurance rates (yes they exist and you pay for them in your taxes). Hiring the right profession would still cost less than arming teachers in 98,817 schools (that's how may US public schools there are). Thing is, accidents happen. As soon as one does, that security guard will be villainized and the whole debate gets turned on its ear. Having a gun and even the proper training does not make a person a super human or infallible. Gun supporters keep acting like it does. Even having armed security does not guarantee there won't be a shooting. Before you jump on me and yell "YOUR WRONG, IT ABSOLUTELY DOES BECAUSE SHOOTERS WON'T GO TO A POLICE DEPARTMENT!"  I would point out that a certain Las Vegas hotel had armed security  and that shooting still happened and with a historical death record. Why?

These shooters don't care what they are up against. If you take the time to compare all the mass shooters we've had in the news you may notice something. Just about every single one of them has zero regard for what they are up against. All of them know that they are going to face law enforcement at some point. 99% of them planned to die ahead of time. Pres. Trump and others call them cowards but that's not what they should take into consideration. The important factor is that they are suicidal and want to take as many people with them as they can. Not one mass shooter has ever cared if there were guns on the premises they went to shoot up. Again I cite Las Vegas, but it sure wouldn't be hard to cite more. Many schools have police who visit regularly and you can't plan for when they will be there. These shooters do not care. The sooner we can understand that, the sooner we can move on to how to stop them effectively.  I'll repeat, shooters don't care if people have guns where they plan to shoot.

Troubled schools don't need teachers with guns. We have a lot of troubled schools in our country and taxpayers who fight tooth and nail to do absolutely nothing to make them any better. All it will take is one kid getting his hand on a gun that's already there for another shooting to take place. "Well if it's secured, blah blah blah." Stop making assumptions! It's a school, not a bank vault. And a troubled school cannot secure a bunch of guns. It can't even secure it's students, control gang issues, get proper educational material, stem bullying or other violence, and you think they can secure guns?

There is even more to point out but I can tell you that this covers a lot of it. I know people will still shout about how wrong I am, but that's on them. If we can't figure out that it will take more than just throwing guns at the problem, we are doomed to keep having the same problems. It's as simple as that.
Posted by David Wilde at 10:25 AM No comments: