So people are all up in arms over the Duggar Family losing their show 19 Kids and Counting. The show went down because of news that the eldest son committed several acts of molestation when he was 14. On one hand, that might sound a bit harsh for TLC to cancel over such old news. But with reality show track records lately, it's hard to blame them.

Before I get into that, I want to address the most ridiculous argument for the family that I've heard. It's the Freedom of Speech argument and it's completely inappropriate. People need to remember that the First Amendment is to protect you from government action. It does not protect you from other consequences of saying stupid things. This situation has nothing remotely to do with any freedom of speech and everything to do with TLC trying to protect their own image. Believe it or not, they actually have the right to do that.

Now, for those who seem to think that happening when he was 14 couldn't have been so bad, I have a question: What do you really know about the details of those cases? He didn't stop at just one right? And were the victims the same age as him or were they much younger? This is information not released so far (but some has been). So how can any of you  make a realistic decision based on what you don't know? Forcing himself on girls his own age is very different than fondling say, an 8 year old when you're 14. But we have no idea, and neither does TLC. Where do you take the gamble when it comes to  your image? The same goes for everyone who calls for his forgiveness. You don't know what you're forgiving him for. (for actual case details, see the article links below)

I just wish people would use some critical thinking. I personally think that victimization of children is the most heinous and deplorable crime there is. I'm not talking about a 19 year old who got stupid with a 16 year old. I'm talking about the real monsters who aim for younger than preteens in manners I won't describe here. But I don't know the facts of this guy's case. So I really can't judge him one way or the other. I do understand TLC's actions however.

Just look at TLC's luck with this issue so far. Honey Boo Boo (horrible show) got the kick when the mom decided to have and keep a relationship with a convicted pedophile.

Then we look at Discover channel's Sons of Guns cancelled because of child molestation charges. (Discover and TLC are owned by the same people).That was Will Hayden.  Tyler Smith of Doomsday Preppers was arrested on gun charges because he's a felon and not supposed to be anywhere near guns. He's also a level 1 sex offender.

It almost looks like reality shows have a bad knack for attracting these people. If you keep all of them on, you risk making it look like your company supports that behavior. Yes, I know reality shows have all sorts of depravity, but I'm glad they draw the line somewhere.

So it really comes down to the company and their own image (no matter how ironic that may be) and has nothing to do with anyone's "rights". And whether you are defending Mr. Duggar or condemning him, you still have no idea what you are actually applying that decision to because no one knows the pertinent details of the case.

So chill out. Your show got cancelled. Hardly the end of the world. Before you go on a riff, stop and think a bit. It will do you some good.

Just to add some extra details about the accusations and cover ups for those seeking more details:

And you can google tons more. So now I leave you with one final question. If you think Josh Duggar should be forgiven and protected (which he clearly has been for some time), how do you feel about his victims?

UPDATE: Wow, just one day in and apparently someone thinks I defend pedos. Let me explain something and make it crystal freaking clear. Way back in my past psychological history, I have the label written that a pedophile is actually NOT SAFE IN MY GENERAL VICINITY. In other words, they discovered (since I'm a survivor myself) that I am likely hurt that person. On two occasions, I've made that the truth. In one, I was a teen and got in a car with one who touched me. I pulled a knife on him and made him let me out. In the second, some old creep tried to take a neighbors little girl from my driveway and found my hand firmly locked around his effing windpipe.  All I'm trying to do is get people to think for a damned minute, especially people who are defending this family and what is becoming one of the nastiest sexual abuse coverups of the decade. Go figure.

How did I get here? 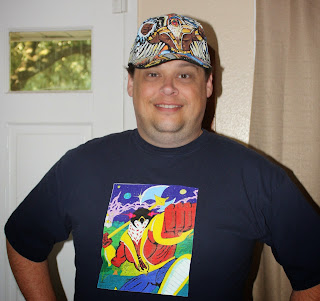 Not that anything really bad is happening right now. I've had a few difficulties in recent days and struggling with MS has been nothing less than frustrating.

Yesterday I wanted to bag up some of the leaves that have been in my yard for months. I managed to pull off a bag and a half before nearly reaching collapse stage. I was furious; mostly at myself. How weak it seems that I can't bag some stupid leaves. Yes, they were wet and rotting, therefore heavier. Yes, it was 84 degrees outside and MS hates heat. But still, I wanted the work done. I still want the work done. Oh, I did also use the push mower to do the front yard (by push I mean no engine) which is a staircase of tree roots. I probably should have stopped there.

I remembered that I used to be a soldier. I used to do 50 pushups at a time. I can do 20 now, but it wipes me out for hours. I went to basic training in South Carolina where we marched in 90+ degree heat. Now I can hardly tolerate just standing in 90 degree heat.

But I'm still breathing and functioning. I'm still doing a lot of things that defy the odds. I've lived my life doing this. I've been put down and kicked while down and still got back up. So maybe I need a check list that reminds me?

Abusive alcoholic/drug addict stepmother: Survived.
Severe and violent bullying through school years: Survived
Run away from home and become a street urchin child: Survived
30 years of chaos and loss because I didn't know I had Asperger's: Survived

All that and managed to stay away from drugs, alcohol and crime. So I have a lot to be thankful and for and a lot that didn't take me down in the first place.

I know I can only hold back MS so much. I know I can only keep doing my artwork for so long. I just need to remember how I got here and what's important today. Bit by bit and piece by piece is how I have to do things. That's just the reality of it.

So maybe sometimes, the musings over the past can reflect on the present. It all depends on how I utilize those memories. Or something like that.
Posted by David Wilde at 8:54 AM No comments: 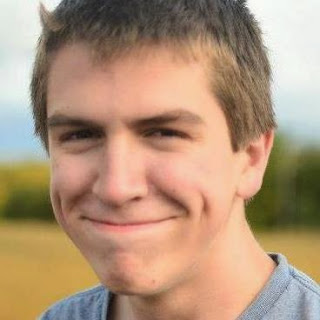 First, you need to see this story about the Tigard family and how they were forced off a plane because of a child with autism. Oh and language warning for the quote below.

I want to point out that the child in question, never harmed anyone. The Tigard family were in an unfortunate set of circumstances that are not possible to fully control. Imagine being that family for just a second. Okay, try for longer than a second. Your child is headed for a meltdown and you are frantically trying to make any arrangements you can to avoid a very embarrassing and public situation. You have a special needs child. But the world doesn't stop for that. Planes still board and expect to take off on time. So when your child is refusing to eat (under the influence of their condition) and you are faced with missing your plane. What do you do? If you just spout off that you would miss your plane, you clearly don't live your life with a special needs person. And how many flights are you willing to miss?  The treatment of this family is appalling, but then you get people Josh.

Josh posted a comment on the second link above and it was as follows:

Josh comments from Houston, Texas. Note the f-bombs for extra class. Note the severe lack of empathy or understanding by calling a child 'it' and using a word like 'deserve'. I don't know where his hatred of disability comes from, but it's quite a shock to the system. It's comments of that kind that show us our job is not done when it comes to awareness for autism. Maybe Josh just likes to be a troll? Hard to say. If you look at his page, you see that he at least cares about police officers being shot.

But clearly, he has no idea what a person with autism struggles with. The lower the function of the person, the greater the struggle. Maybe our schools need to start teaching humanities? Maybe there needs to be special classes?

People like Josh, make life 10x harder out in public for special needs families. Usually because of lack of tolerance for the needs of other human beings. This is why awareness campaigns much continue. The must continue for the education of the steward and captain on the plane and bystanders like Josh.

Josh's account may be fake! First see it for yourself:  LINK.

Now, if you do an image search you will find THIS. And more because it's a stock photo being used on thousands of websites. How creepy does a person have to be?

Now this is either a stolen photo or actually his face in Wikipedia. Hard to be certain. But there are some interesting things on his FB page.

He likes the Bay City Texas, Police Dept. Which suggests he may live in Bay City instead of Houston. He like Texas A&M University and is on their AG Confessions page. He likes the Eyeworks optometry center?  HERE. Take a look.

The real name of the mug in the photo is apparently Jack Hills. Are the one and the same person. Hard to say

What this does say, is something for the apparent cowardice of people who behave like this online.