There's a Muppet with Autism and the Sky is Falling! 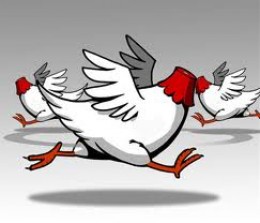 It's not hard to make an anti-vaccination supporter have a complete mental blowout. Their collective sanity sits on a feather ledge to begin with and they have no qualm with demonstrating it. So, when Autism Daddy and Sesame Street worked together and brought us the first muppet with autism... well...

Louder than the hurricane that recently tore into Mexico is the sound of anti-vaxxer heads exploding. Of course, they believe the only cause for autism has been vaccines (never mind that such has been thoroughly debunked over and over again). They believe if you have autism and you aren't an anti-vaxxer that you're some kind of traitor to their cause. So it's not surprising that they think Sesame Street is in cahoots with "big pharma" to push vaccines.

Of course, that's absolutely untrue. But you'll never get through the concrete fog around an anti-vaxxer's brain to show them that.

Just when I think I've seen all the sickening stunts they can pull, they do this.

I personally love the fact that there is a muppet with autism. No, she doesn't represent every single form of autism in every single person (one of their unrealistic arguments because she can talk) but she does represent autism.

One of the most wonderful things about Sesame Street is their belief in INCLUSION. They believe that we are all wonderful people and everyone should be taken for who they are and accepted as such. That is the Sesame Street way. To see it as anything else takes either ignorance or a twisted mentality.

Well, that's all it takes to make AVrs hate you. Well, never mind that the two events are not connected in anyway, nor is there any proof that they are; but I just don't care. I promote vaccine safety, I accept actual science, and I know that VACCINES DON'T CAUSE AUTISM. Never have and never will.
Posted by David Wilde at 7:57 AM

I have read about the new autistic muppet, but I did not know that there were people who actually were against the existence of such a muppet! My only complaint is that they have made Julia a digital-only character, and she will never appear on Sesame Street alongside Big Bird and Elmo and Oscar and all those dudes. Why not? If Abby Cadabby, who has wings and flies around, can be a "real" muppet, why not Julia?